Mr. Davis completed his B.S. degree in Geology with a Minor in Watershed Management at Humboldt State University in 2019. During the final year of his studies, he took part in an interdisciplinary and cross-cultural project focused on the water resources and ecohydrology of a unique grassland watershed in the Peruvian Andes. As part of this work, he developed a broad range of skills, including conceptual and numerical hydrological modeling, collecting and processing remote sensing data, and designing, conducting, and analyzing geophysical surveys. The project culminated in a month-long field excursion to Peru, where his expertise was put to the test at an elevation of 14,000 feet. In addition to his experience in Peru, he has also taken part in over 120 geomorphic stream surveys across Northern California over two summer seasons with the HSU River Institute. His primary scientific interests are in hydrology and geomorphology at both reach- and catchment-scale, and he is proficient in both data analysis and fieldwork. 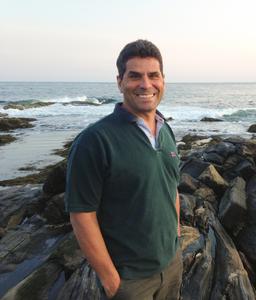 Dr. Bowen is a senior associate scientist with extensive expertise in study design and quantitative methods.  He has 25 years of experience with water delivery and recovery projects, the preservation of aquatic ecosystems, conservation of listed species, habitat assessment and restoration, and support for governments to accomplish these same goals.  Dr. Bowen’s career history includes 16 years with the US Bureau of Reclamation and 9 years in the private sector as a project manager and technical team leader. He has led interdisciplinary teams that researched and solved biological problems and provided the best available scientific information. Dr. Bowen has also contributed to products for environmental review and analysis including NEPA and CEQA.Dr. Bowen has acted as a science liaison for the DWR. He has also conducted many projects for the DWR to meet Biological Opinion (BO) requirements, create and implement adaptive management plans, and determine water project operations’ effects on economically important and listed species and their habitats. 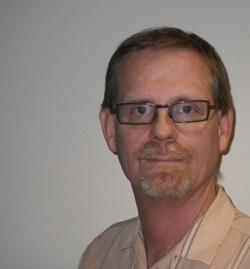 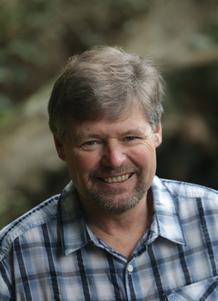 Our commitment to excellent service: we will team with you throughout each project to ensure the best, most cost-effective, and timely results possible. 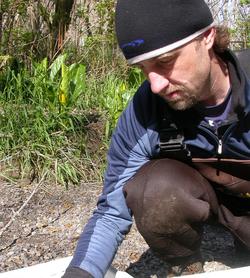 Our goal is to provide innovative, science-based solutions for complex environmental issues.

Whether you are a private landowner, utility, municipality, state or federal agency, developer, non-profit, engineering firm, or another consulting group; we will identify the best solutions for your environment issues.

Dr. Bosch is a marine invertebrate biologist and Lake Ecologist with considerable experience working in the marine environment as well as lakes and streams and SCUBA diving in Antarctica, California, the Caribbean and the Mediterranean.  He has published 25 papers in peer-reviewed journals and completed more than a dozen technical reports on various aspects of lake ecology and watershed management.  At SUNY Geneseo, Dr. Bosch teaches courses in Invertebrate Zoology, Marine and Freshwater Community/Ecosystem Ecology, Principles of Ecology, General Biology and more. He has received various awards for teaching, mentoring and research and obtained competitive grants from the NSF to study the effects of ozone depletion on marine invertebrate larvae in Antarctica and from the USDA and other funding agencies to study the effects of watershed management on growth of algae, macrophytes and cyanobacteria in temperate lakes.  His current research is on the cyanobacteria microbiome that occurs in association with sea star larvae in the open ocean, and on the effects of partial mixing of the lake water column in triggering the onset of cyanobacterial blooms in shallow lakes.

Dr. Isidro Bosch obtained his Bachelor’s degree in Aquatic Biology from the University of California at Santa Barbara in 1981 and his Ph.D. in Biology from U.C. Santa Cruz in 1989.  In 1992 Dr. Bosch joined the biology faculty at the State University of New York College at Geneseo, where he is currently a full Professor. 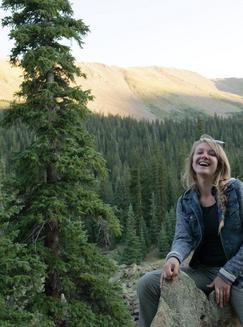 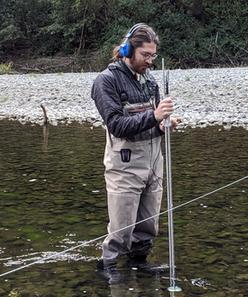 Ms. Petreshen is a hydrologist with extensive field and academic experience in forest ecohydrology. She earned her B.S. in Hydrology from the University of Wisconsin-Stevens Point  and worked several years as a Hydrologic Technician for the U.S. Forest Service. Ms. Petreshen gained specialized experience performing electrofishing surveys, identifying barriers to aquatic organism passage, and working in a water quality laboratory. Between 2017 - 2019, Ms. Petreshen worked for the Pacific Southwest Research Station monitoring turbidity during peak streamflow events in northern California. Ms. Petreshen gained critical skills associated with maintaining long-term research stations, monitoring streamflow, and collecting water quality samples. In 2021, Ms. Petreshen earned her M.S. in Earth Sciences from the University of Minnesota-Duluth, where she worked with the Dymond Watershed and Tree Ecohydrology Lab to investigate the effects of timber harvest on fog precipitation in the coast redwood forest.

Mr. Voight has been a professional fisheries biologist for over 17 years representing Tribal and private entities within northern California.  Mr. Voight earned his undergraduate degree from, and completed master’s level coursework at Humboldt State University, in Arcata, CA.  He is well-versed in the ecology of Pacific salmonids, as well as in the multitude of environmental issues facing these fish populations in freshwater and estuarine habitats in California and the Pacific Northwest.  Mr. Voight possesses “hands-on” familiarity with most freshwater fisheries field sampling techniques, having supervised and/or participated in many different studies located in Northern California watersheds.  As both a senior level Tribal biologist, and as a private consultant, Mr. Voight has written numerous environmental and biological documents, notably, ten Biological Assessments (E.S.A. section 7 consultations), and a comprehensive anadromous fish restoration plan for the lower Smith River, CA.  He has also presented scientific findings to, and organized public meetings for both small and large groups from diverse backgrounds. Mr. Voight has led multiple field studies investigating freshwater/estuarine salmonid ecology and biology (fry emergence, rearing, emigration, through adult spawning/migration), assessed habitat requirements for each species and life phase utilizing fresh water, assessed Klamath tributaries upstream of Iron Gate dam for steelhead re-introduction suitability, implemented adult and juvenile salmonid telemetry projects, conducted genetic studies of steelhead hybridizing with coastal cutthroat, and reviewed fisheries restoration grant proposals for four years as a member on the Citizens Peer Review Committee for CDFW’s FRG program.

Mr. Gast formed Thomas Gast & Associates Environmental Consultants (TGAEC) after working for four years at Normandeau Associates as a Senior Scientist and 14 years at Thomas R. Payne and Associates.  Mr. Gast received a B.A. in Marine Resource Management from the University of California at Santa Cruz in 1988 and has worked on and led numerous freshwater fisheries and marine biology field crews in rigorous environments such as Antarctica, the Bering Sea, Yukon Territory, the High Sierras, and Sacramento San Joaquin Delta over the last 27 years.  Mr. Gast is particularly adept at implementing complex studies that require intricate logistics to provide innovative solutions.  Mr. Gast has had training in IFIM implementation; PHABSIM, SEFA, and RHABSIM analysis, and has been involved with all aspects of instream flow studies including study design, stakeholder meetings, field data collection, data analysis, interpretation, report writing, time series analysis, impact analysis, and results presentation.  Mr. Gast has worked extensively with the Acoustic Doppler Current Profiler (ADCP) collecting flow measurements and PHABSIM data, as well as developing several methods of deployments in challenging habitat types including shallow turbulent transects.  Mr. Gast has collected ADCP data for numerous instream flow projects and has traveled to the eastern U.S and northern Canada with the ADCP.  Mr. Gast is a licensed captain through the USCG, utilizing that capacity to implement instream flow, fish tracking, and monitoring studies on both large and small rivers.  Mr. Gast has also implemented fisheries and water quality monitoring studies utilizing multiple detection techniques such as direct observation, electrofishing, netting, and trapping as well as installing and maintaining data loggers and transmitters.